As we wait for the Salafi leader Kamal Habib at the Cairo Journalists' Union, a sudden panic comes over me. I've just noticed that my translator, Shahira Amin, an Egyptian journalist, is wearing a sleeveless top and that her hair is uncovered. In my experience, Salafis, adherents of a very strict school of Islam, take a dim view of such displays of femininity. I recall a time in Baghdad when a Salafi preacher cursed me for bringing a female photographer to our interview, and an occasion in the Jordanian city of Salt when another Salafi leaped from his chair and thwacked his teenage daughter on the arm when she accidentally entered the room without covering her face from my infidel eyes.

I've heard reports that Habib is not the hard-liner he was in the 1970s, when he co-founded the radical Egyptian Islamic Jihad, or the 1980s, when he was jailed in connection with the assassination of President Anwar Sadat. He gave up politics after a decade in prison, but in the aftermath of the Arab Spring, he has reinvented himself as a leader of a more moderate party. He has held press conferences at the union, so presumably he's had to make his peace with women who don't cover their hair. But I fear he may draw the line at a sleeveless top.

(See photos of the uprising in Cairo.)

I needn't have worried. When Habib arrives, he shouts a jolly greeting from across the room and then bounds over. He's wearing a blue blazer and clutching a smart phone. He looks my translator straight in the eye and extends his hand to shake. They exchange complaints about the beastly humidity. Would Shahira like a Pepsi? he asks solicitously. 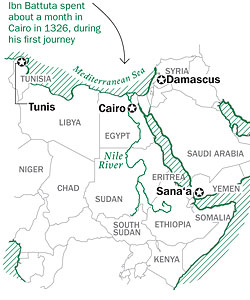 But a few weeks are an eternity in post-Mubarak Egypt. Several Salafi leaders have decided to join the political fray, and they can't afford to let a few thugs make them all look bad. So Habib has decided to organize a big reconciliation meeting with Coptic leaders, and he wants me to know he has no truck with the reactionaries who burned churches. "Khalas. Finished," he says, spreading his hands in a gesture of finality. "The past is the past, and the people who did this terrible thing are from the past. Their time is over."

I had to wonder if Habib's message was custom-made for a Western journalist or whether it offered a glimpse of a new possibility. Over the next few days, in the incipient Arab democracies of Egypt and Tunisia, I find that Islamists of all stripes — from extremist Salafis to members of more orthodox groups like the Muslim Brotherhood — say they are breaking with the past and reinventing themselves as the moderate mainstream. "We can no longer be the party that says 'Down with this' and 'Down with that,'" says Essam el-Erian, a top Brotherhood leader. "The thing we stood against is gone, so now we have to re-examine what we stand for."

As the Arab Spring turns to blazing summer, Islamist movements have quickly formed political parties and mobilized national campaigns designed to unveil their new image before elections in the fall and winter. Paranoid rhetoric about threats to Muslim identity have given way to political messaging that could have been lifted from the party platforms of any Western democracy: It's all about jobs, investments, inclusiveness. A new broom to sweep clean decades of corruption. A new dawn of can-do Islamism.

It's not easy to tell how this is playing outside the political parlors. Many Egyptians, especially the young, are not thinking about their next government; they're still focused on the one they've got. Activists continue to organize weekly demonstrations in Tahrir Square, pressuring the military-led transitional authority to prosecute Mubarak-era crimes. "They're permanently in revolution mode," says liberal politician Hisham Kassem. "They're just not organized for politics."

Next It Takes a Neighborhood