Phones
Cell phones have come a long way since the first model by Motorola—which was nicknamed the Brick, giving you some idea of its portability—was unveiled in 1973. Three decades later, size and sleekness rule. Giorgio Armani, joining forces with Samsung, has created a fashionably high-tech phone the size of a credit card ($925); Porsche's P'9521 ($1,700) revs up security with a supersecure fingerprint-identification system that gives only its owner access to the numbers. Taking luxury to a new level, Vertu's Ascent Ti ($6,300) mimics the Bentley with its use of the finest materials—leather, titanium and sapphire crystal. Helio's Ocean ($295) brings yet another innovation: a screen that slides open both vertically and horizontally. 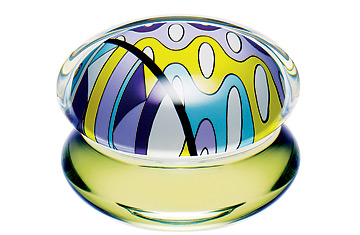 Pucci
In honor of Pucci's 60th anniversary, the house is relaunching its Vivara perfume ($85) in a whimsical bottle topped with a Pucci pattern inspired by a flight over the Mediterranean. Named after an island near Capri, the fragrance, with its scent of bergamot and jasmine and a slight salty note, is the perfect antidote to winter. 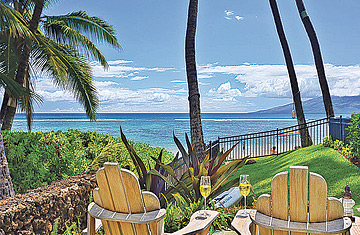 Pure Maui
Raising the bar for getaways, Pure Maui is an ultra-luxe concierge service whose clients are spoiled to a new extreme. After helping guests choose the type of Hawaiian villa they prefer—beach bungalow or mountainside estate—Pure Maui customizes a vacation down to the smallest detail, arranging for visits from a yoga instructor, a masseuse and a chef or setting up helicopter rides over a volcano, surfing lessons and scuba-diving instruction. Prices start at $6,000 per person for one week.