Changchengornis is named for the Chinese term for the Great Wall (Chang Cheng), which lies just south of the region in which the fossil was found. This blue jay-sized, toothless bird differed from Confuciusornis in having a strongly curved beak and a lower jaw that was very deep at the back and much shorter than the skull. Its large sternum was flat without a keel. There was no tailfan, but its tail bore two long, ribbon-like feathers. Changchengornis's foot structure also indicates a well-developed perching ability. 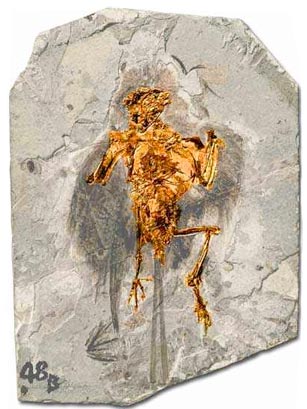