Sinornis was a sparrow-sized feathered dinosaur from the Lower Cretaceous which, like Archaeopteryx, exhibits some primitive feathers not specifically involved in flight. Other similarities with Archaeopteryx include a short-toothed snout, and a primitive pelvis. Unlike Archaeopteryx, however, the pectoral girdle and forelimb of Sinornis show many features related to advanced wing design, suggesting that Sinornis was capable of sustained flight similar to modern birds. 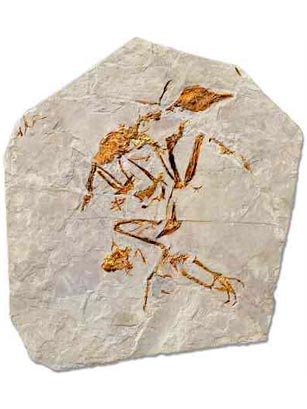