As a young child, Christina Aguilera was going places all the time — with a father who worked for the military, the family traveled a lot and got to see much of America. Eventually, the family settled in Pennsylvania. It was there, in Pittsburgh, that a 10-year-old Aguilera would sing the national anthem before Pittsburgh Steelers and Penguins games. Two years later, she joined the Mickey Mouse Club, where she first got to meet fellow future pop stars J.C. Chasez and Justin Timberlake of N*SYNC and Britney Spears.

She spent two years as a Mouseketeer before jetting to Japan to record "All I Wanna Do" with Asian pop star Keizo Nakanishi. In 1998, she returned to the States to record "Reflection," the soundtrack for the full-length feature Mulan. From there, she signed to RCA records, and dropped her debut album and the infectious single, "Genie in a Bottle." The album hit the charts at No. 1 in the U.S., and "Genie in a Bottle" also entered the U.K. charts at No. 1. In 2000, Aguilera followed up with the Spanish language collection of her hits, Mi Reflego, and the seasonal album, My Kind of Christmas.

This past summer, Aguilera released the hit cover version of Patti LaBelle's "Lady Marmalade" with Lil' Kim, Mya and Pink. 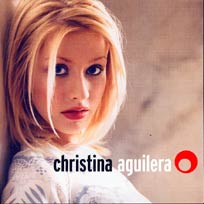 Christina Aguilera, released 1999 by BMG/RCA
Summary: The album received two Grammy nominations for the singles "Genie in a Bottle" and "What a Girl Wants," both of which helped catapult the album to the top of the charts. 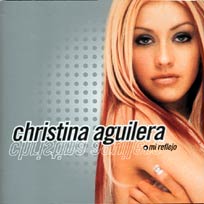 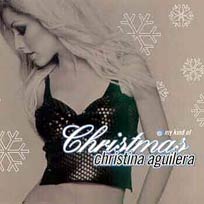 My Kind of Christmas, released 2000 by BMG/RCA
Summary: Released in time for last Christmas, this album includes such traditional favorites as "Have Yourself a Merry Little Christmas" and "Angels We Have Heard on High." It also includes new material, including "These Are Special Times," written by Dianne Warren.