Utada Hikaru was born in the United States to a famous enka singer and a songwriter, who not only made sure that Hikaru inherited their talents, but also that she learned English before returning to Japan. As a child, Hikaru spent time in recording studios soaking in the music and, at age 10, she began writing her own song lyrics in English. During that time, she was rocking out to bands like Queen and Bon Jovi, but later on got into R&B. By age 12, she had released three singles in the U.S. under the pseudonym, Cubic U.

When she released her first album, "First Love," in Japan, it immediately went to No. 1 on the charts and became the most popular debut album ever released in Japan, selling eight million copies.

Utada is currently living in New York City, and is an undergraduate student at Columbia University. 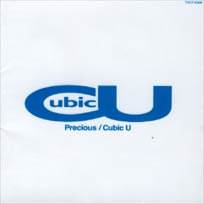 Precious
Summary: Her first release in the United States, Utada Hikaru put this album out under the alias Cubic U. 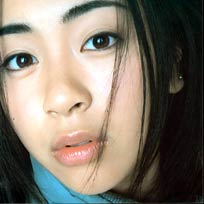 First Love, released in 2000 by EMI
Summary:Her first Japanese album has gone platinum many times over since it was first released last year. 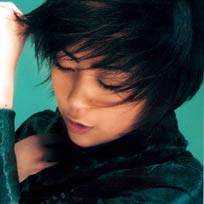 Distance, released in 2001 by EMI
Summary:All of the lyrics on this album were written by Hikaru. Jimmy Jam, Terry Lewis and Rodney Jerkins produced three songs.